NYC 7-12-13: Ed Sheeran performs for thousands of fans in Rockefeller Center on the Today Show.

Ed Sheeran, an English singer/songwriter, raised in Framlingham, Suffolk moved to London in 2008 to pursue a musical career. In early 2011, Sheeran released an independent extended play, "No. 5 Collaborations Project, which caught the attention of both Elton John & Jamie Foxx. He then signed to Asylum Records. His debut album + (2011), containing the singles "The A Team" & "Lego House" was certified quintuple platinum in the United Kingdom. In 2012, he won two BRIT Awards for Best British Male and British Breakthrough. "The A Team" won the Ivor Novello Award for Best Song Musically and Lyrically.
In 2012, Sheeran began to rise to fame in the United States. He made a guest appearance on Taylor Swift's fourth album "Red" and wrote songs for the boyband "One Direction." "The A Team" was nominated for Song of the Year at the 2013 Grammy Awards and he duetted with Elton John during the ceremony.
All photos © Derek Storm 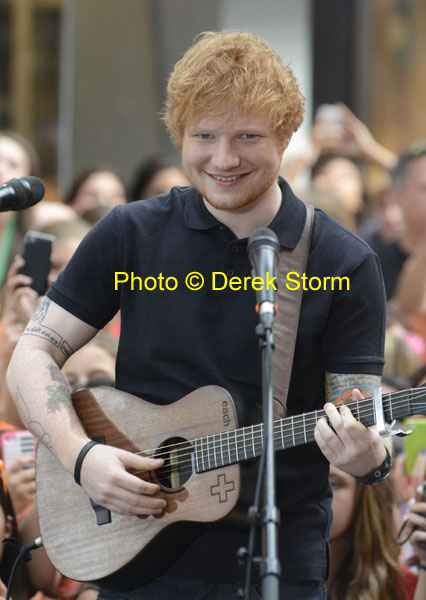 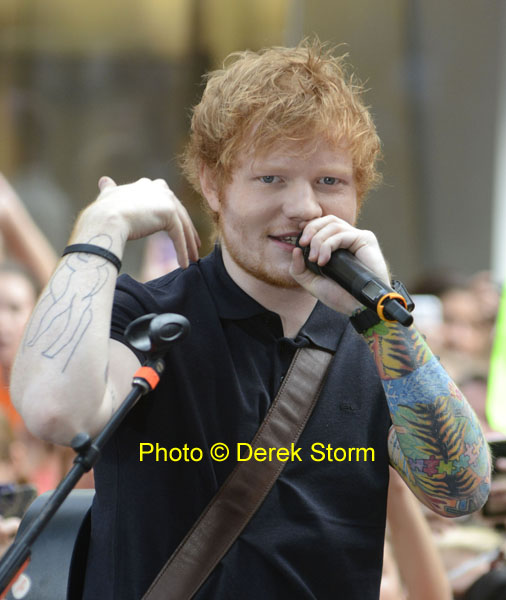 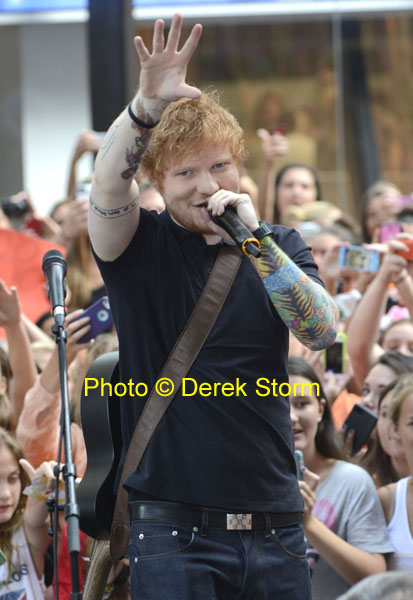 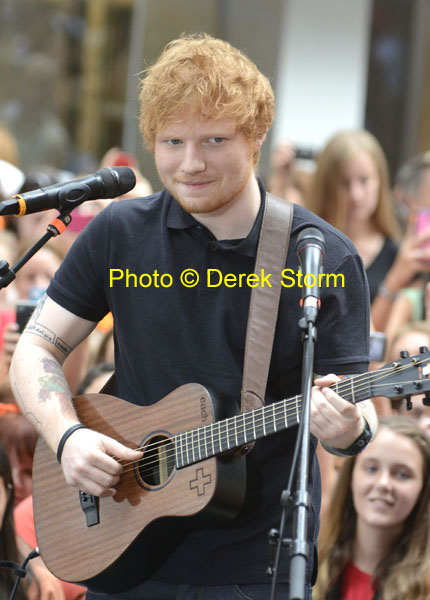 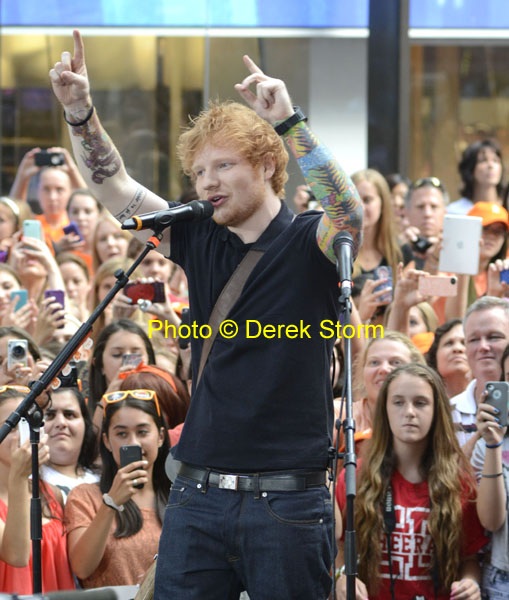 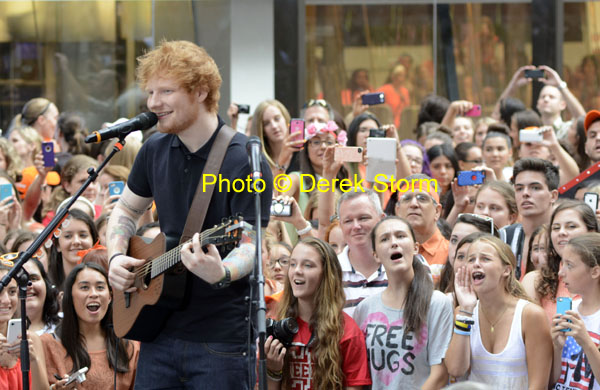 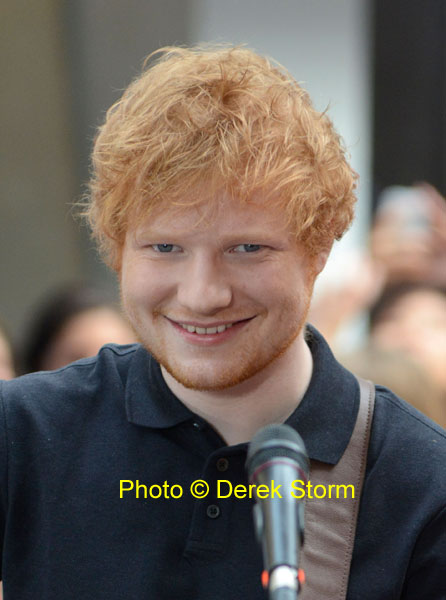