NYC 8-16-13: Macklemore & Ryan Lewis play to one of the biggest crowds in Good Morning America history in Central Park.


Ben Haggerty, known by his stage name Macklemore is an American rapper. He began independently releasing music in 2000 and now collaborates with producer Ryan Lewis. He has gained a significant online fanbase. He has released one mixtape, three EPs and two albums, although none on a major record label.
His single "Thrift Shop" has been viewed on YouTube over 399 million times, and reached number 1 on the U.S.Billboard Hot 100 chart in 2013, selling more than 2.2 million copies. It was the first time since 1994 that a song reached number 1 on the Hot 100 chart without the support of a major record label. Their second single, "Can't Hold Us" also peaked at #1 of the Hot 100 Chart, making Macklemore & Ryan Lewis the first duo in the chart's history to have their first two singles both become a #1 single. Macklemore & Ryan Lewis released their debut studio album "The Heist" on October 9, 2012, which charted at number 2 on the US Billboard 200 chart.
All photos © Derek Storm 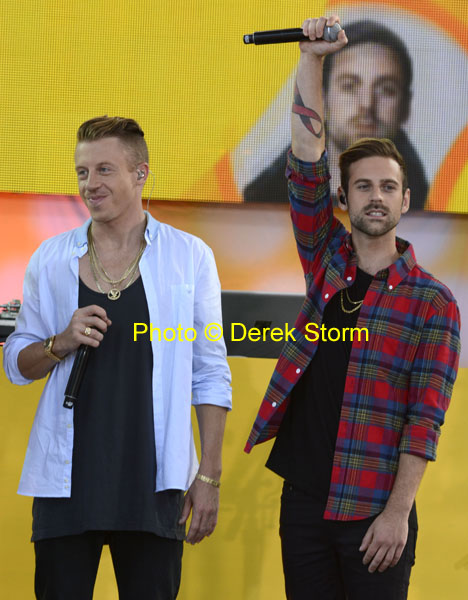 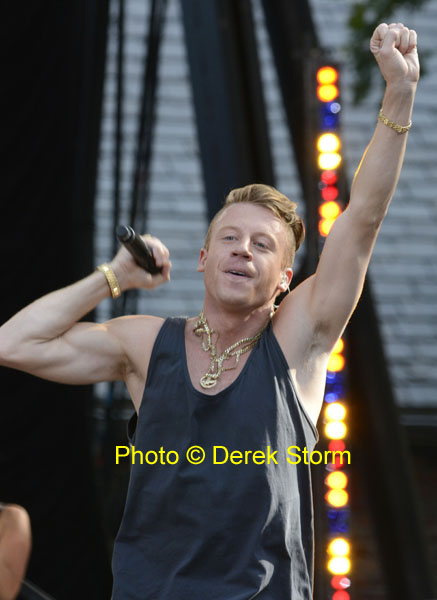 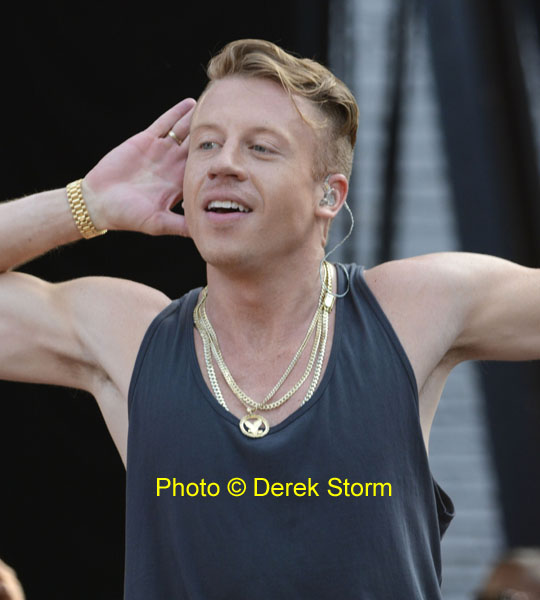 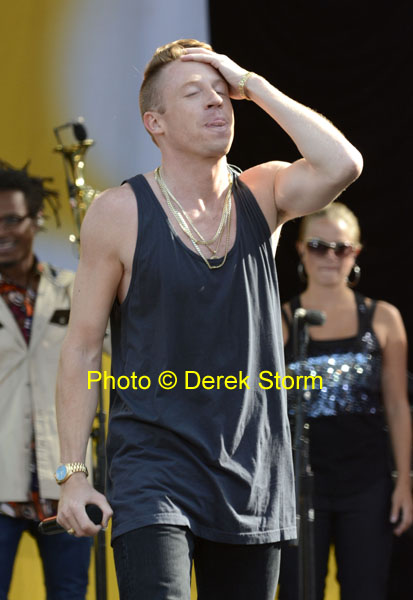 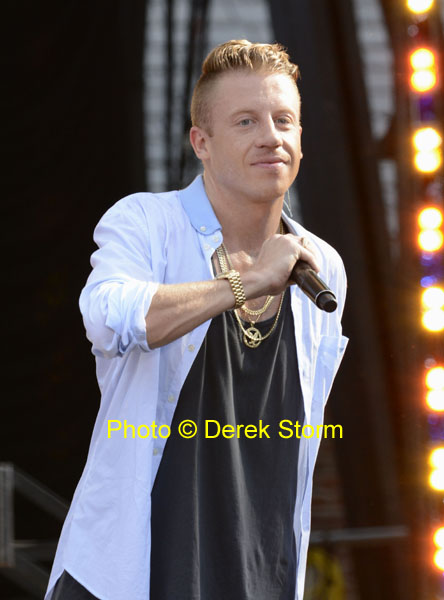 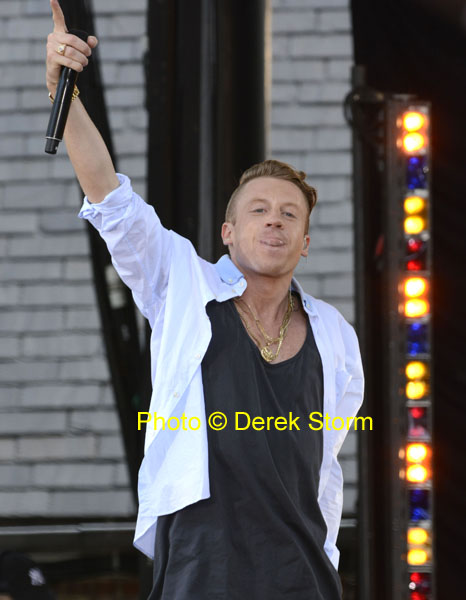 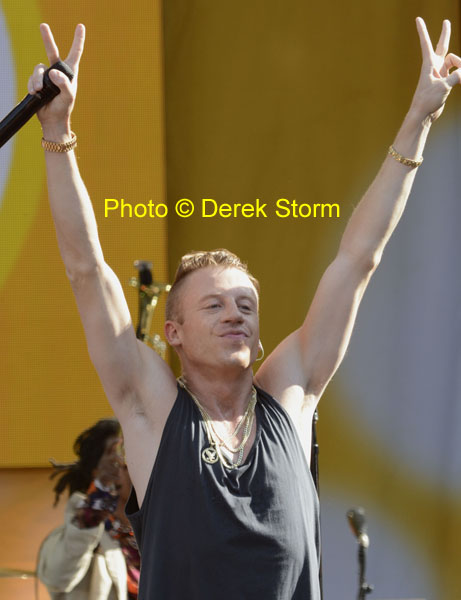 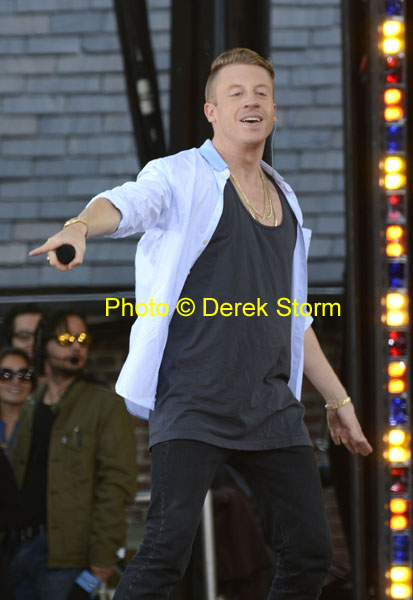 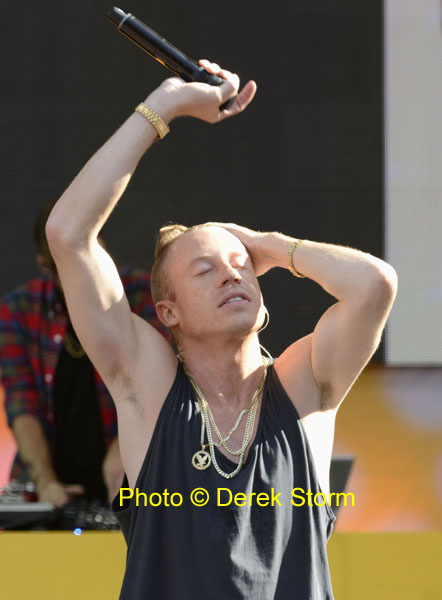 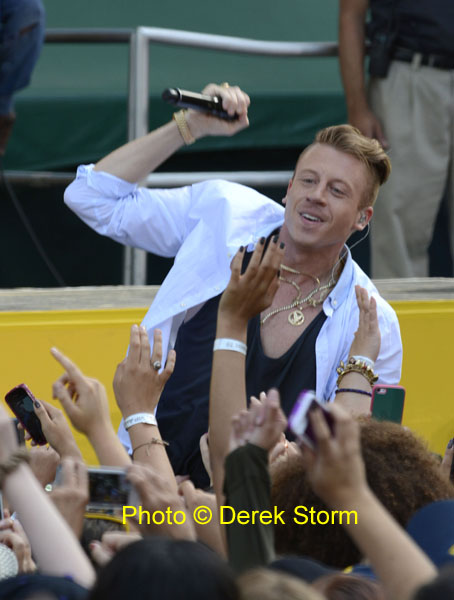 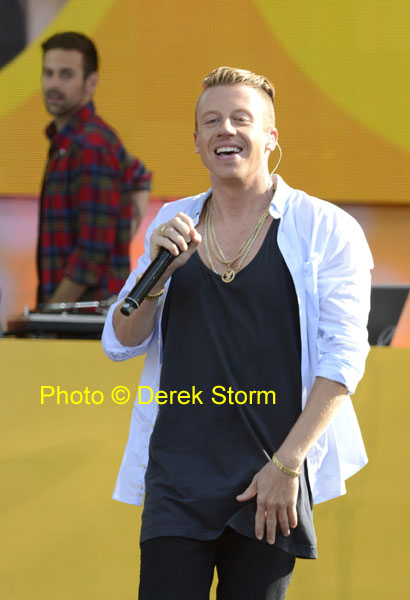 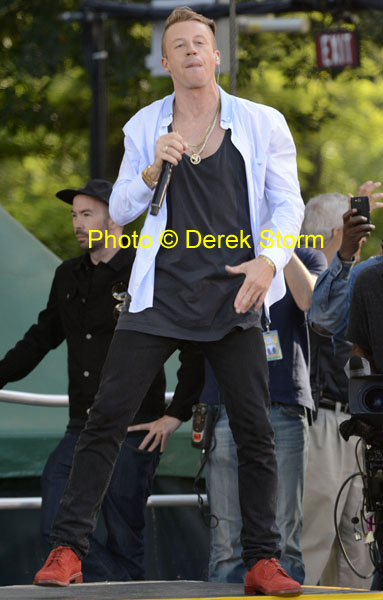 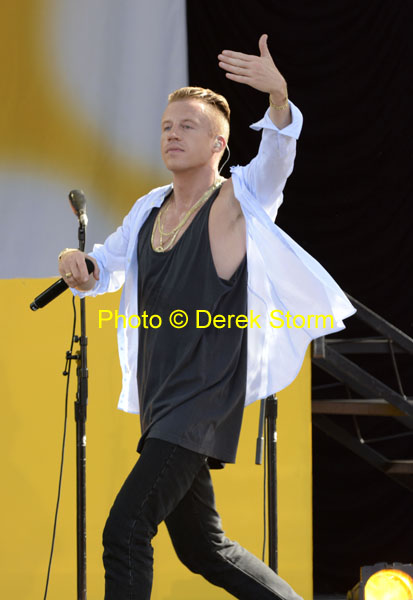 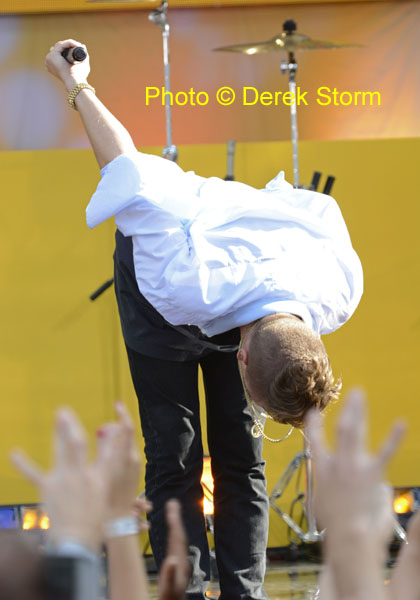 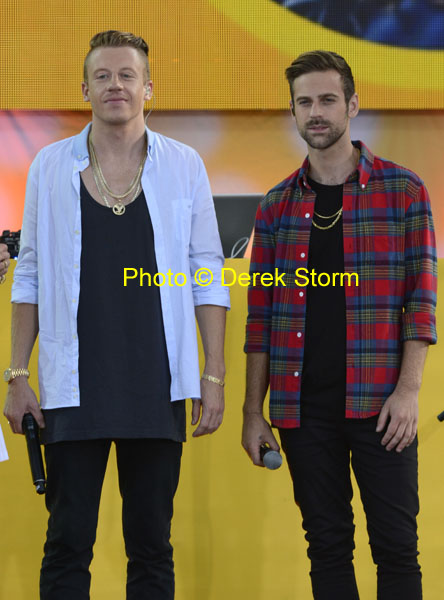 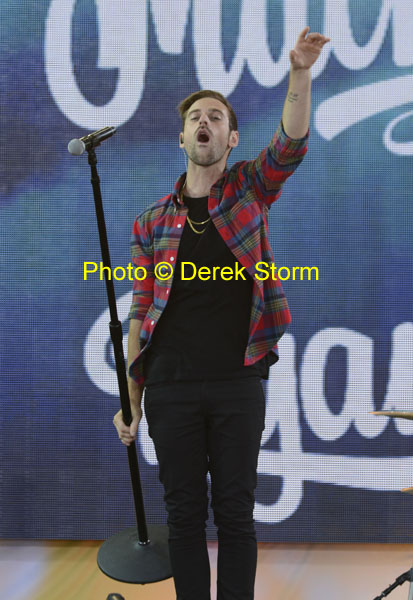 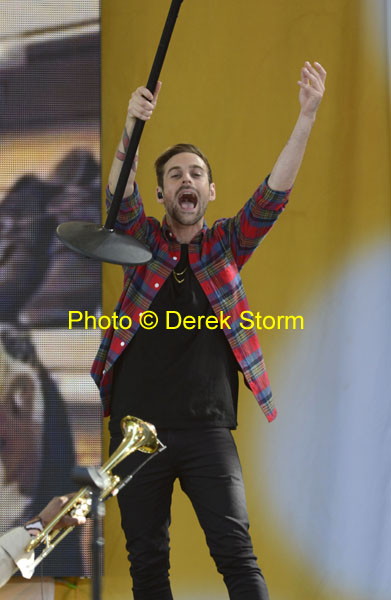 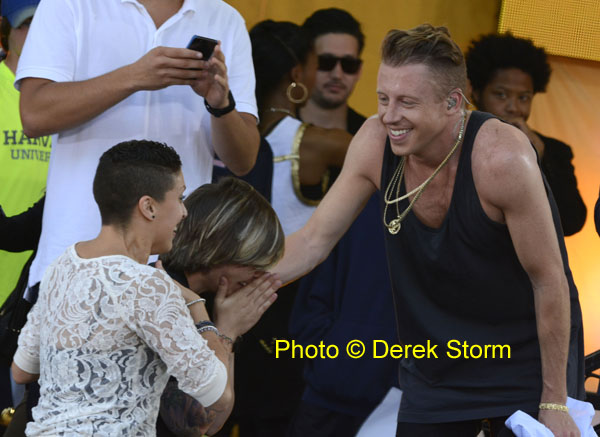 Macklemore with Val & Kara after singing his 4th encore "One Love" (without the cameras rolling). Val and Kara had just previously proposed to each other on stage before Macklemore went on. 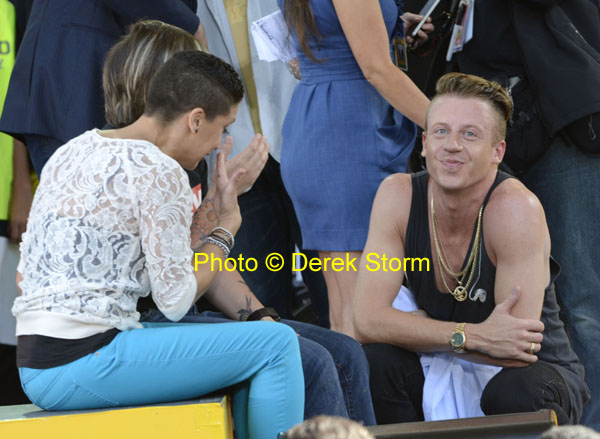