NYC 2-13-14: Mariah Carey lights the most romantic building in the world in red and pink in honor of the 20th annual Valentine's Day Wedding Event "Love Above All."

Mariah's love story began when current husband Nick Cannon proposed to her using the Empire State Building's lights when they were lit in her signature colors of pink and lavender. Now she celebrates the beginning of three new love stories by joining three winning couples who will marry in the Empire State Building on Valentine's Day by "flipping the switch" to the lights of her favorite building. 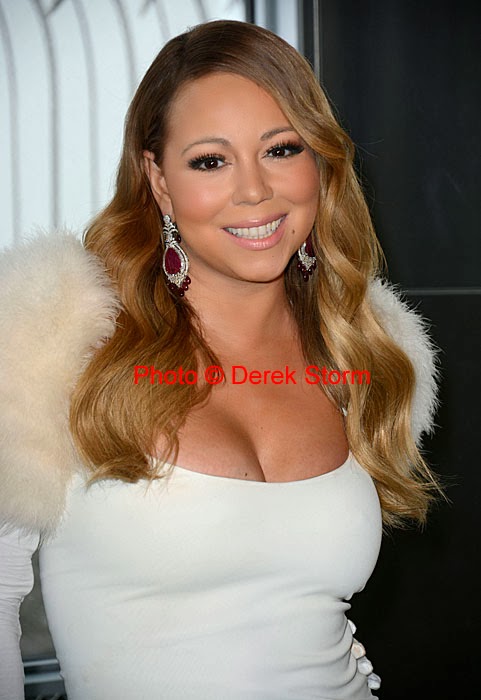 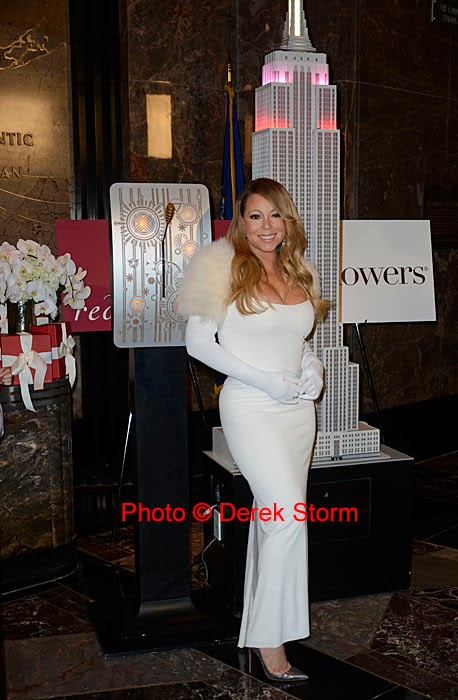 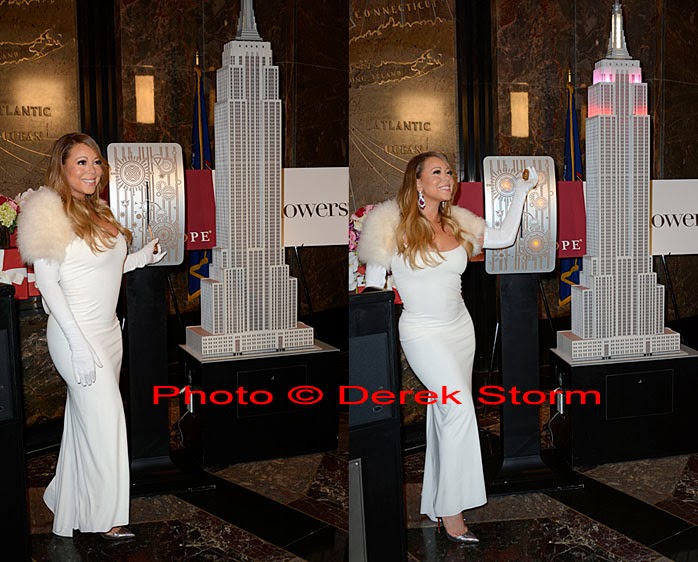 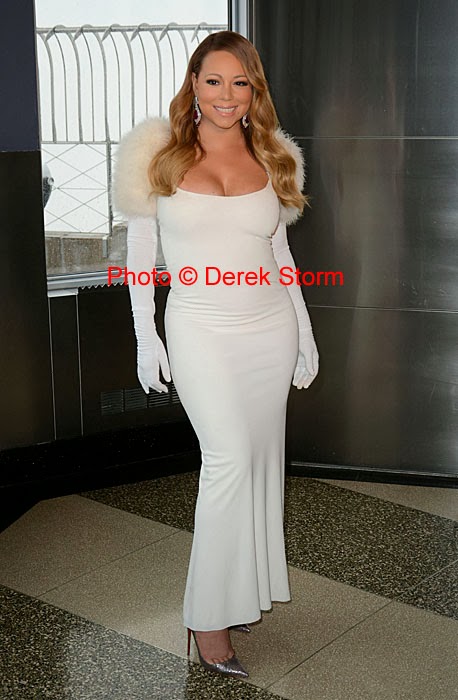 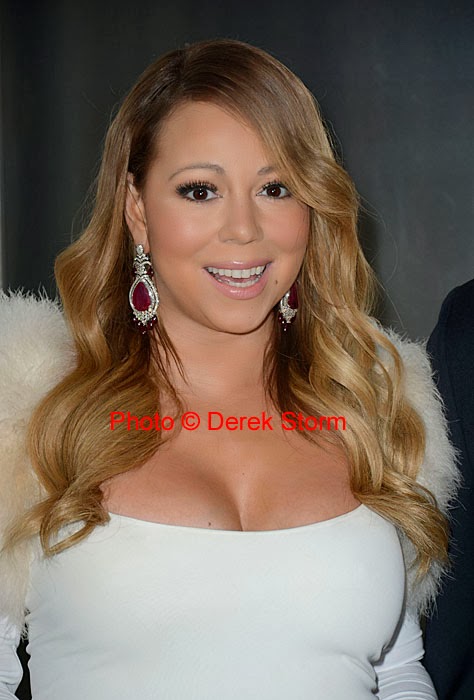 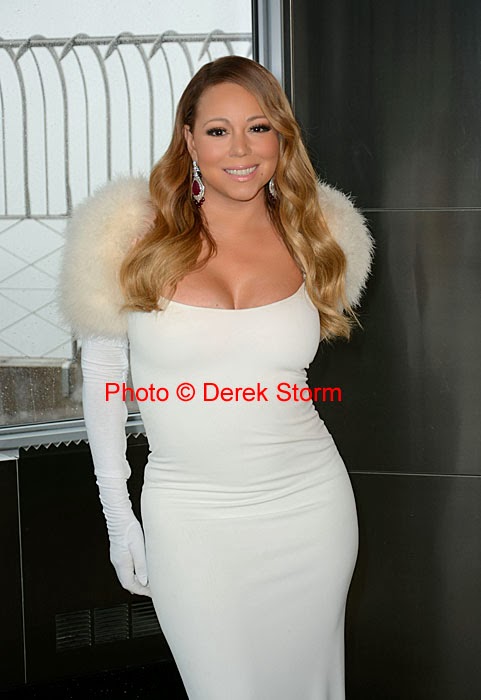 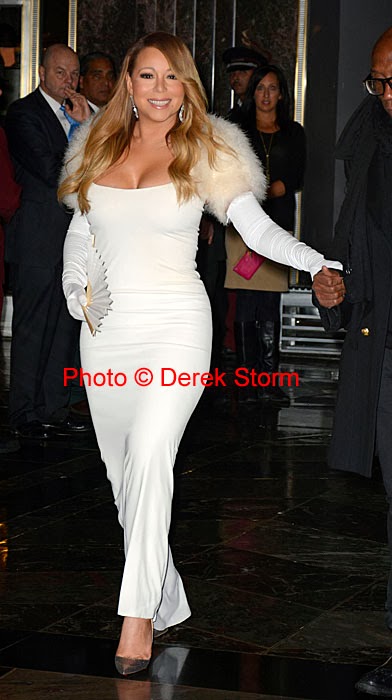 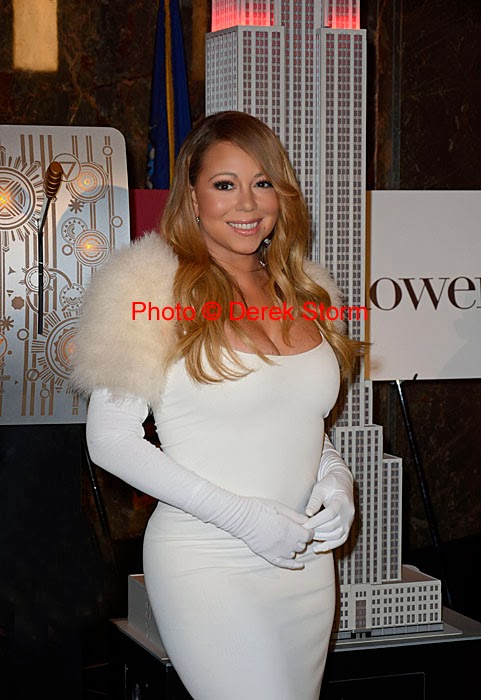 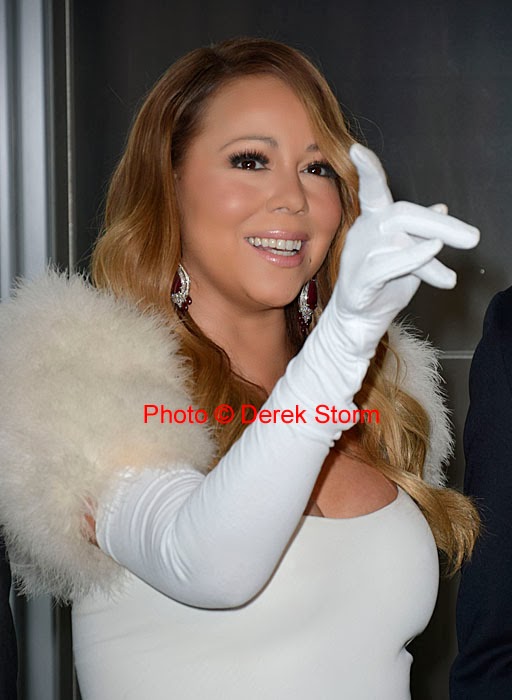 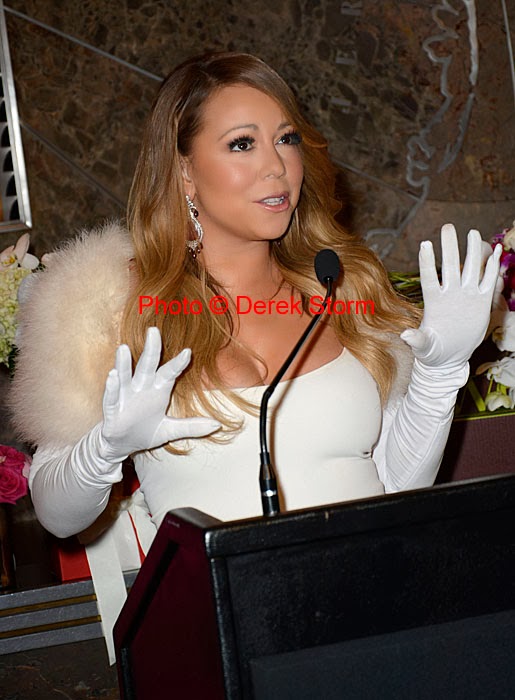 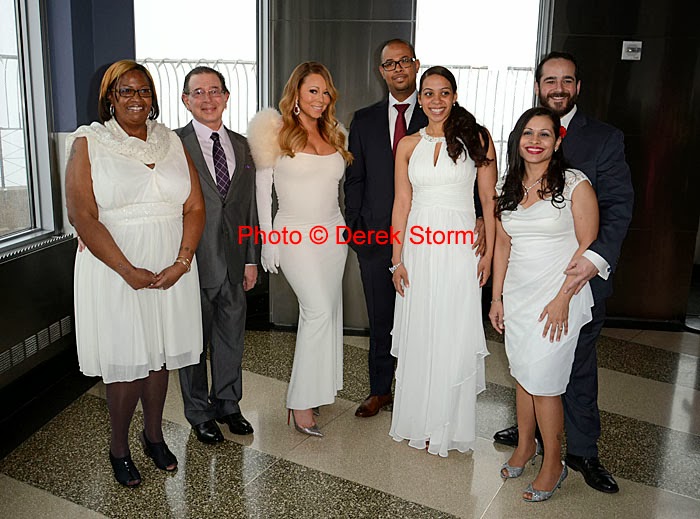