NYC 1-22-13: When you've been in the business as long as Barry Manilow has, it's probably tough to get too impressed by awards and accolades. But it looks like West 44th being renamed "Manilow Way" had the 69-year-old music man pretty happy. Manilow attended the unveiling ceremony on Tuesday in Times Square, the same night he performed the first of 10 "Manilow on Broadway" shows. Photo © Derek Storm 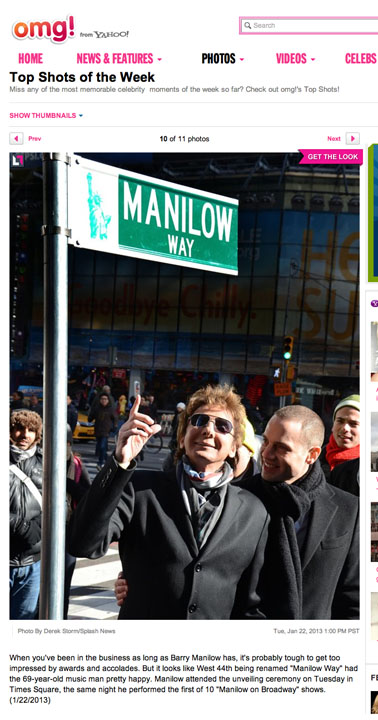